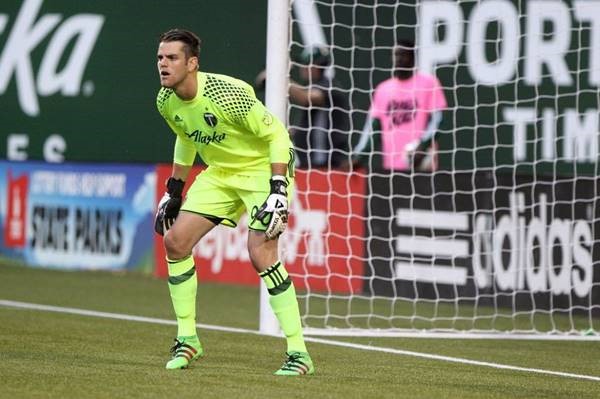 Born and raised in New Zealand, Jake dedicated his life to the game of soccer, then moved to Portland, Oregon, when he joined the Timbers in 2010, starting for the team in its home debut at Jeld-Wen Field. At 20 years old, he was among the youngest goalkeepers ever to start in Major League Soccer.

In the summer of 2018, Jake developed shin pain. He was diagnosed with stress fractures in both shins and told he needed metal plates attached to both shinbones. After the surgery, Jake’s right tibia became infected and worsened.

Sports Medicine Oregon physicians performed 11 separate surgeries on Jake’s right leg and three on his left leg. He is at risk of developing future infections and requiring future surgeries. (A surgical timeline is included in the press packet.)

After each surgery, Jake was stranded on his home couch for weeks. His body often shook, and he vomited from debilitating pain, by day and night. Regularly, this pain stopped him from getting to the closest bathroom or sleeping. Jake frequently went days without even three hours of sleep.

But today, Jake cannot run or jump without debilitating pain. He will never put on his gloves and play in a soccer game again.

“An original member of the MLS Portland Timbers, Jake dedicated his life to our team and our city. When he developed pain in the shins, he entrusted his future to the defendants, who implanted metal plates that turned out to be contaminated. Severe surgical infections are rare, and the fact that both legs were infected is almost unheard of,” said attorney Jason Kafoury.