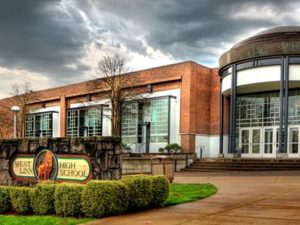 At West Linn High School, Jonathan Michael Peachey, a teacher of English and Spanish, was arrested in Lake Oswego on September 29, 2015, on suspicion of third-degree sex abuse and furnishing alcohol to a minor. In addition to his teaching duties, he was an adviser to the Ski Club and a Link Crew, a group of upper classmen interested in leadership. Lake Oswego police said they were “aware of two victims, but it is possible that there could be more.”

The use of alcohol is frequently noted as an aspect of grooming when teachers are accused of sexual abuse of their students.  The classic routine is that the teachers befriend the students, eventually inviting them to come to their home and drink alcohol with them, and the abuse is the result.

In a separate incident, Tualatin High School teacher Johnathan R. Maggiano, 32, was indicted in early September, 2015, on accusations that he had sexually abused a student. The investigation was initiated when one of the girl’s family members reported the suspect’s abuse. The alleged abuse occurred on July 18 after Maggiano contacted the girl through a gambling website. Police reported that he admitted in text messages to having sexual contact with the girl, while police were monitoring the conversation.

Gresham Police now report that wrestling coach Wyatt Ross DeRemer has been accused by eight boys of sexually abusing them. DeRemer has worked with hundreds of boys as a wrestling coach in Multnomah and Clackamas counties over the years. He has both been employed by and volunteered at various clubs and youth organizations, as well. The investigation began on September 10, 2015, and police report that they expect more boys to contact them.

Our firm has a long and successful history of representing victims of sexual abuse. In 2009, we took the case of Royshekka Herring v. AMR to trial. Ms. Herring had been abused in the back of an ambulance, and her determination to bring her abuser to justice led to the man’s arrest and incarceration. Her abuser, Lannie Haszard, had abused scores of women while transporting them. In her civil trial against AMR, we obtained a judgment on her behalf of $3.85 million. In the wake of the trial, we settled five other similar cases, and we have a number of other cases presently on appeal.

In October, 2013, our firm was lead counsel in a case against The Dalles Hospital, in which an anesthesiologist at the hospital had been molesting women during surgeries. The jury awarded $2.4 million to the three women, and we also settled five similar cases against the hospital.

In 2015, we settled a number of cases against Legacy Emanuel. A Legacy nurse, Jeffrey McAllister, had for years been molesting women in the emergency room.

We have also represented women on medical sex abuse claims in California and in Missouri.