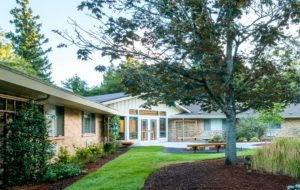 A nursing assistant who is serving a 25-year sentence for sexually abusing elderly women may have assaulted many more women than have already come forward, now that allegations have surfaced that he also abused women at his former employer West Hills Health Rehabilitation Center.

Kafoury & McDougal has already brought a lawsuit on behalf of 4 women against Providence St. Vincent Medical Center for its failure to protect them from sexual abuse at the hands of Adeladilew Mekonen. Mekonen, who arrived in the United States from Ethiopia in 2011, pleaded guilty in February to multiple sex crimes.

Central to these four elderly women’s claims is the outrageous fact that Providence was on notice that Mekonen was an abuser but didn’t fire him or even keep him from being alone with women.

During its investigation, Kafoury & McDougal discovered that Mekonen was also abusing women at the residential care facility where he worked before he was at Providence. Evidence shows that, just like at Providence, Mekonen’s bosses at the care facility knew about his abuse and didn’t to stop him.

Mekonen worked at West Hills from December 12, 2014 until May 28, 2016. For a year and half, West Hills let Mekonen have access to elderly women, even though numerous residents and co-workers complained that he sexually assaulted him. One elderly resident told a nursing assistant who worked for West Hills that Mekonen had raped her.

Despite that, West Hills gave Mekonen a “great reference” when he applied for a job at Providence – where he continued to abuse women.

And no one at West Hills reported Mekonen’s abuse to the Oregon Board of Nursing, even though many of them were mandatory reporters.

If you or a loved one was a patient at West Hills between December 2014 and May 28, and were abused by Mekonen, contact Kafoury & McDougal so we may further investigate Mekonen’s conduct at West Hills.