Unfortunately, stores, shopping malls, apartment complexes, and other properties are not always maintained in a safe condition.

Hurt at a Business? We Can Help.

Even though retailers invite individuals to come spend money at their properties, they sometimes fail to maintain their properties in good condition. Our attorneys have handled cases where porches have fallen on people’s heads, stairs have collapsed when stepped upon, dangerous sharp objects have protruded from walls and floors, and water or other substances have been left on the floor, creating a hazard.

Robert Darby, 53, had lost his sight during college, yet he raised two infant daughters and went to law school while completely blind. PacifiCorp opened a manhole in the middle of a crosswalk in downtown Portland, placing a few cones in the area so that people would “see the danger.” He suffered a severe head injury when he fell into the open manhole. We won a verdict of $1 million.

Louis Whitmore, 78, suffered a severe fracture to her foot when a heavy steel display fell from its perch in an aisle at Walmart. Walmart claimed that she must have knocked the steel display down by banging into it while operating one of the motorized scooters that Wal-Mart provides for the use of the disabled. Walmart employees testified at deposition that they rushed to the scene when they heard the crash and that Mrs. Whitmore was sitting on a scooter. Whitmore and her daughter testified that no scooter was even in the vicinity, and that Louis was sitting on a bench immediately after the injury.

Just before trial, our firm forced the production of the incident reports, in which all three Walmart employees had written that Mrs. Whitmore was on a bench, and none mentioned a scooter. The jury returned after only 35 minutes, unanimously awarding the prayer of $331,000.

A mother and her two sons were asleep in their beds in their Sellwood home when the wooden crossbar on a 50,000-volt PGE transmission line, as thick as a telephone pole, fell next to their house, causing an electrical arc and an enormous explosion inside the house. The crossbar collapsed because the wood was rotten to the core.

PGE’s inspection routine consisted of zipping over the transmission poles in a helicopter. The family members suffered physical and emotional damages, and we settled the multi-million dollar lawsuit for a confidential amount.

Loretta W., 86, tripped on a badly displaced sidewalk in front of an apartment building owned by the Portland Rehabilitation Center. She broke her hip and needed surgery and a long period of physical therapy. We requested compensatory and punitive damages, and the case settled on the day of trial for a confidential amount. 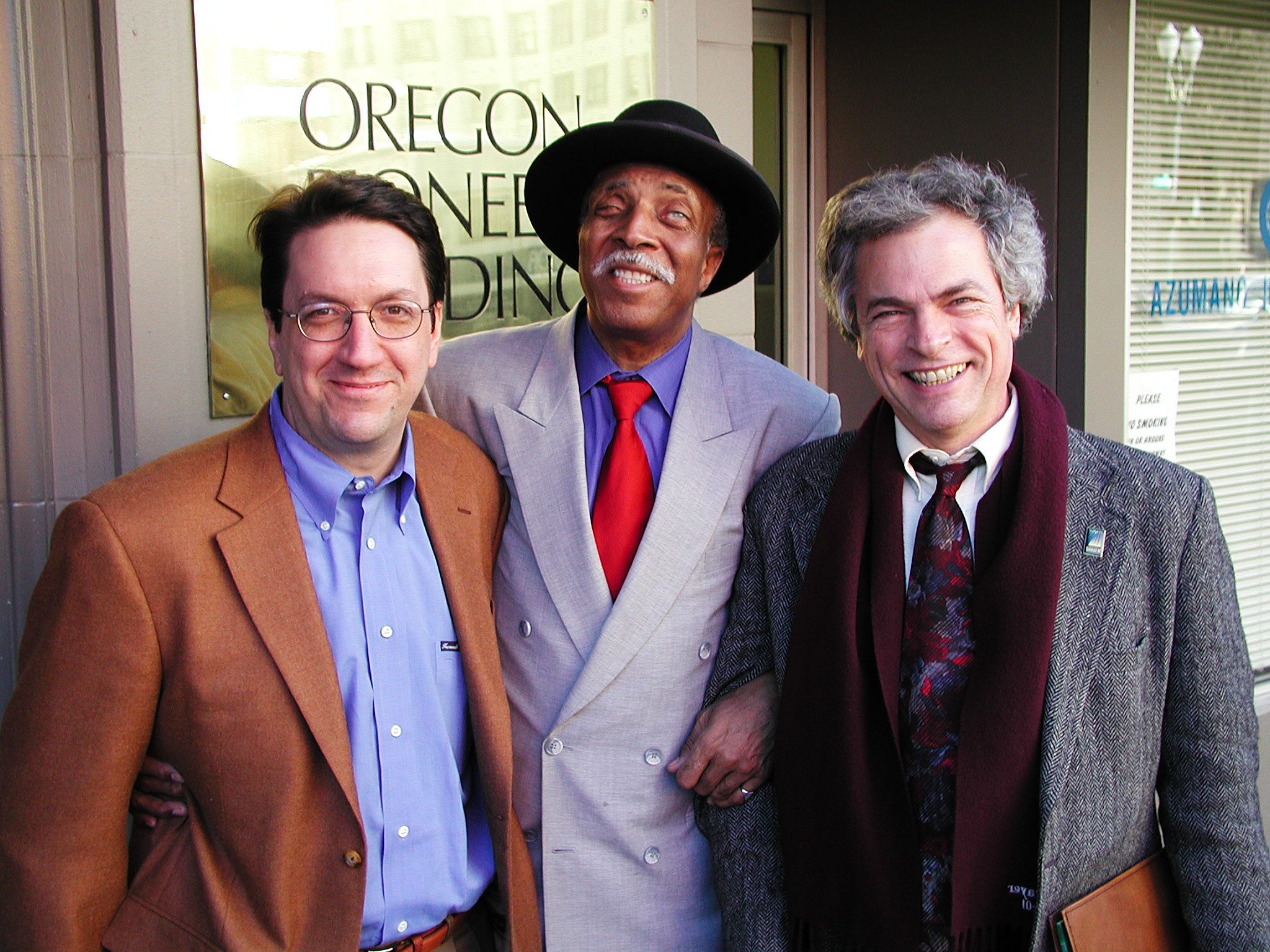 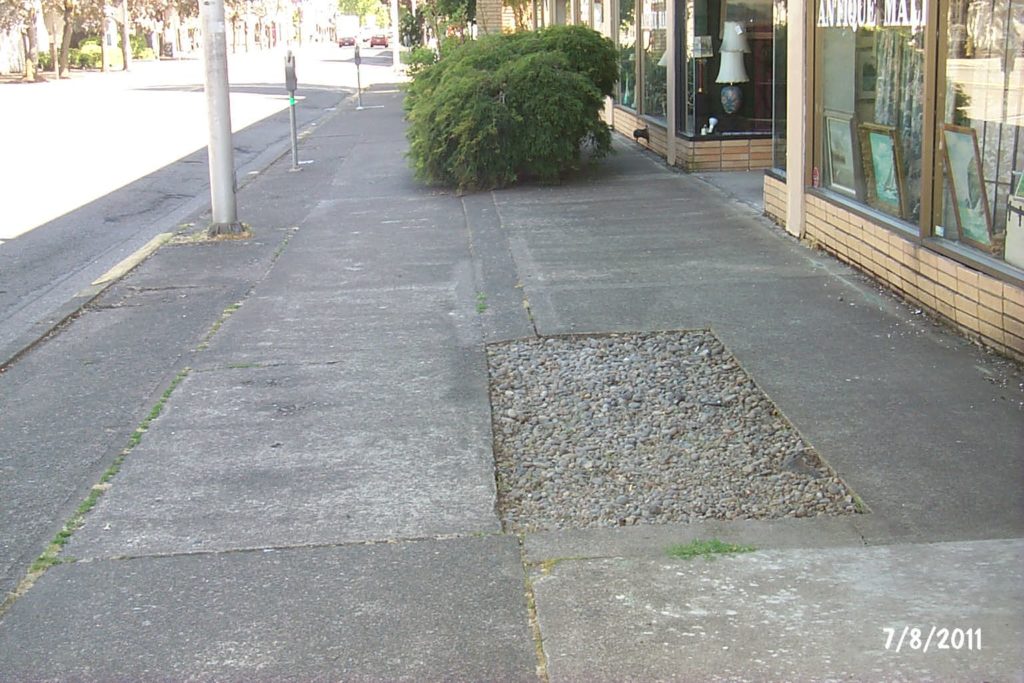 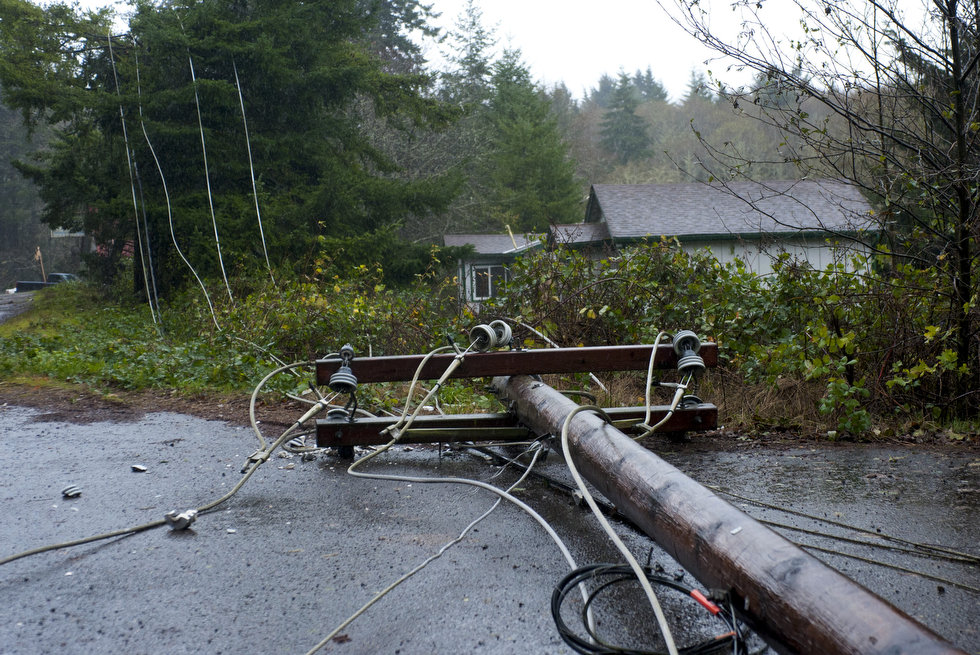