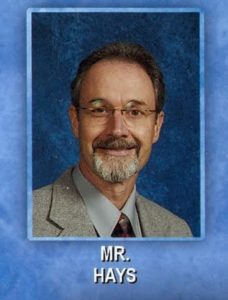 The principal, Jeff Hays, is still running a school in spite of an ongoing criminal investigation into the girls’ allegations. The girls say Hays abused them dozens of times in his office at Deep Creek. Hays is now the executive director of City View Charter School in Hillsboro.

Both girls say Hays began abusing them when they were seven years old. The abuse continued for four years, until Hays left his job with the Gresham-Barlow School District in June 2009. He regularly summoned them to his office, where he would abuse them with the doors closed and the blinds drawn.

“There is no greater betrayal of trust than the sexual abuse of an innocent child,” said Greg Kafoury, who represents the young women. “The experience of many children needs to be reconsidered in light of these young women’s revelations.”

One mother at the school, who ran the booster club, told Hays he shouldn’t have closed-door meetings with young girls and forbade him from such meetings with her own daughter. But that conversation didn’t stop Hays from abusing the two girls in his office.

The girls, who are now 16 and 19, sued Hays and Gresham-Barlow for sexual battery.

The 19-year-old says Hays would quiz her on math problems in his office. He would rest his hand on her leg and inch it up her thigh if she answered incorrectly. He also told her she had to keep the abuse secret so her parents would find out that she was “bad.”

She says he also touched her genitals two dozen times.

If you or someone you know was abused by Hays, call the Clackamas County Sheriff’s nonemergency number: 503 655 8211. Ask for lead investigator Lisa Shipley. Also contact Kafoury & McDougal, so we may further investigate Hayes’ conduct at Deep Creek and City View.