Albert Molina, a 45-year-old American of Mexican descent, was arrested for riding a bicycle while drunk. He was processed at the Washington County Jail, where he was searched by Rian Alden, a Washington County Deputy Sheriff since 2007, deployed at the time as a jail deputy. Video released today by Molina’s law firm, Kafoury & McDougal, shows Molina sitting quietly waiting for some eight minutes before Deputy Alden searches Molina, down to removing his socks. Rian then directs him to stand at a backdrop to have photos taken. 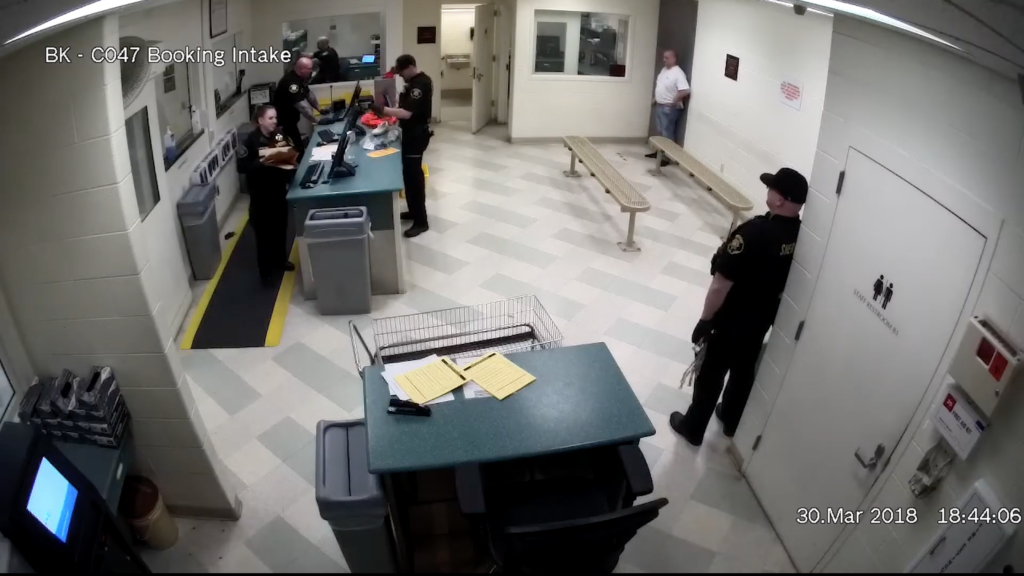 The video shows Molina playfully drunk, saluting Rian several times, to the apparent amusement of nearby jail staff. Deputy Alden complains to other staff members, then repeatedly points at Molina, showing his disfavor. Then, Rian rushes at Molina from perhaps twenty feet away, and, with his arms fully extended, slams Molina into the wall, then takes him to the ground.

The video then shows medical staff coming from another room in a manner that seems almost routine. Molina is eventually taken away on a gurney. Molina sustained skull fractures, bleeding on the brain, and spent the next nineteen days in the hospital, with five days in ICU, at a cost of about $130,000.

Video of the March 30, 2018, assault was immediately available. The Multnomah County Sheriff’s Office and Oregon State Police “investigated” the incident. The Washington County District Attorney refused to charge Deputy Alden until last week, when, in the wake of public disclosure of a racist email from Alden, and in the face of worldwide protests against police brutality, Alden was charged with a misdemeanor.

None of these agencies even requested medical records of the assault until this week. Perhaps they should be asked to explain.

The Washington County District Attorney has now announced that the case against Alden will be resubmitted to the Grand Jury at the end of this month, at which time evidence of Assault II, a major felony, will be presented.

“Several deputies were eyewitnesses to the assault on Mr. Molina. In a just society, those deputies would have arrested Alden on the spot,” said Jason Kafoury.

Alden remains employed as a Washington County Sherriff’s Deputy. Perhaps that should be explained, as well.

Here is a link to a short cut of the video.

Here is a link to the full cut of the video.