Ralph Nader’s American Museum of Tort Law opened with dedication ceremonies in Winsted, Connecticut, on September 25 and 26, 2015. Mark McDougal and Greg Kafoury provided considerable financial support to the creation of the museum, and, along with their wives, Natalie McDougal and Judy Kafoury, have been designated as “founders.”

Mark had to miss the ceremonies because he was waiting for the verdict in Cleavenger v. McDermed, et al. so Jason Kafoury attended in his place.  (Mark’s sense of loss from having to miss out on the festivities was much alleviated by the marvelous verdict of $755,000 plus attorney fees delivered by the federal jury.  The settlement offer had been $20,000 inclusive of attorney fees the night before trial.)

The Museum is the first museum of law to be opened in the United States, and perhaps in the world.  The displays and narratives are in response to the insurance-funded effort of the last several decades to denigrate trial lawyers and the role of juries in holding wrongdoers, large corporations, and government agencies accountable for harms they have wrongfully inflicted on people.

At Mr. Nader’s invitation, Jason spoke to the founders and dignitaries at the Friday night dinner, and Greg spoke at the dedication ceremony the next day. 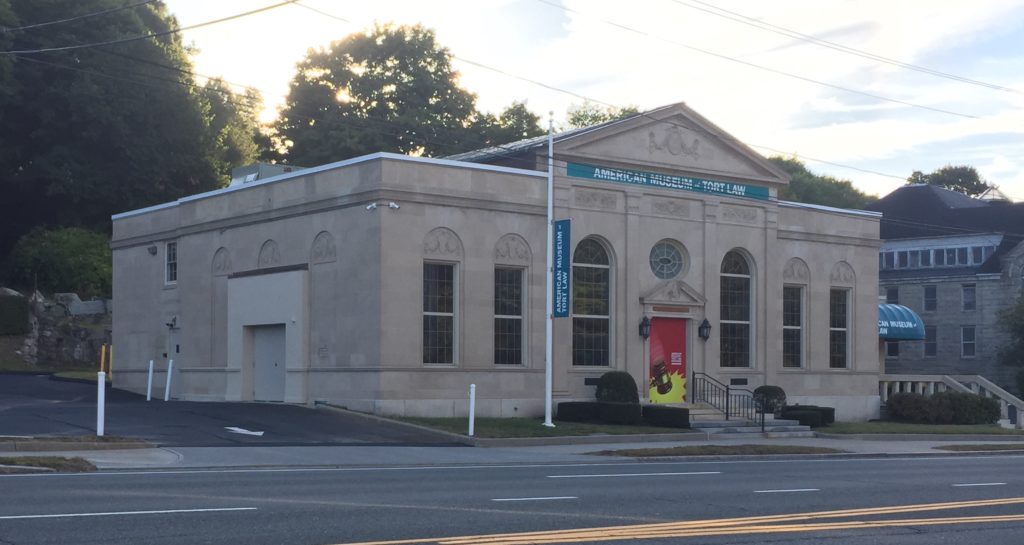 Click here for the NY Times article and here for a New Yorker article.

Jason’s speech at the Founder’s Dinner.

Greg’s speech at the convocation ceremony.