Jury Awards $125,000 to Man Tackled by Pioneer Place Mall Guards while on Longboard 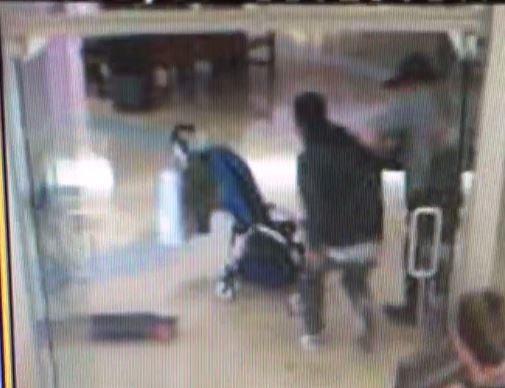 By Jayati Ramakrishnan | The Oregonian/OregonLive January 30, 2020

In April 2017, Edwin Yang was riding an electric longboard while on an outing with his wife and kids at Pioneer Place mall.

A few seconds after he stepped on the device, an invention of his own, a security guard told him to get off. Within moments, he said, that guard, and a second one, tackled and arrested him.

The encounter resulted in a lawsuit. He sued Pioneer Place and the two guards, David Wegman and an unnamed guard (referred to as “Marshall” in the suit), for false arrest and battery, and a jury unanimously voted Thusday to award Yang $125,000.

Yang, 48, who is an inventor and a director of development and footwear at Adidas, said he was shocked by the confrontation but said he feels a sense of vindication after the verdict.

“I never thought that could happen to me,” he said. “But Pioneer Place has turned from a symbol of shame to — now — a place that means a lot to our family. My daughter sees that there’s some vindication for good people.”

The lawsuit says that Yang was riding the board toward his daughter when Wegman yelled at him to get off his board. According to the suit, Yang complied, but the guard came up to him and “confronted him aggressively,” asking him to leave.

When Yang asked why, court documents say Wegman told him he was criminally trespassing, then grabbed him by the arm and started forcing him to the ground. The suit says Marshall rushed up and tackled Yang, slamming the three of them into the floor. According to documents, Wegman then handcuffed Yang’s hands behind his back and took him to a nearby stairwell. Yang’s attorney, Greg Kafoury, said he was there for an hour and had previous back injuries that were made worse by the handcuffs.

Kafoury said he believes the guard’s reaction to Yang riding the skateboard had nothing to do with safety, noting that Yang was in the nearly empty basement area of the mall.

“He wanted a groveling apology and he didn’t get it,” Kafoury said.

Kafoury said the guards let Yang go after an hour, when police told them they were not going to show up. He said the guards gave Yang a one-day ban from the mall, instead of the five-year ban that’s usually issued to trespassers.

In court, Kafoury said that Wegman told jurors that Yang was hostile, angry and physically threatened him, assuming a stance as if he was ready to throw a punch. Yang said his reaction to Wegman, when he told him to get off the board was that “it’s not a skateboard.” “I believe he took that as an offense or me mouthing off,” Yang said.

Kafoury said Wegman’s last day at the mall was the same day as the encounter. (The defense) said he had given his notice two weeks before, but they didn’t provide any documentation of that,” he said.

Yang said the experience had a lasting impact on his wife and children, who were 7 and 3 at the time. “When you see a big guy and his big friend coming at your dad, that’s horrifying from a kid’s point of view,” he said. “Just the humiliation was terrible.” But he said he was happy with the verdict and hopes others will speak up when they’re unfairly targeted or hurt. “I could have easily just went home, had a beer and buried this, and I’m sure that’s what a lot of people do,” he said.

“The real satisfaction was not the money, but seeing those two people being held to account.”