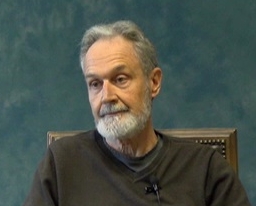 Today, the law office of Kafoury & McDougal filed a lawsuit on behalf of a former student of Deep Creek Elementary against the Gresham-Barlow School District, alleging that he was sexually abused as a child by principal Jeff Hays. Under pseudonym, K.A., is the fourth victim to come forward with claims of sexual abuse against Hays.

From 2005 to 2009, Hays was the Deep Creek principal. He summoned hundreds of students into his office over the school’s intercom for one-on-one math sessions. Inside, the principal closed his blinds, shut his door, and abused young children, steps from the school’s two secretaries.

When K.A. was in fourth grade, Hays twice summoned him into his office. Asking math questions, Hays placed his hand on K.A.’s leg. The principal moved his hand upward, toward K.A.’s genitals, as he continued asking questions. Hays groped K.A.’s genitals and instructed him not to tell anyone.

In 2017, two other victims publicly described how Hays abused them in his office. Both stated Hays began abusing them when they were seven years old. Hays left Deep Creek in 2009, then became executive director at the City View Charter School in Hillsboro. In 2019, a male victim came forward, also stating that he was sexually abused during the same time period by principal Hays.

In January of this year, one of Hays’ victims, now a young woman, was awarded $3 million by a Multnomah County jury. During a deposition before trial, Hays invoked the fifth amendment to every question, even refusing to give his own name. He did not appear at trial. The other two previously-filed civil cases have settled.

“Hays abused his position of authority to sexually abuse little girls and little boys. There can be no greater abuse of trust,” said attorney Greg Kafoury.

J.J., the client of Kafoury and McDougal who was awarded $3 million in January, says that because of the verdict, she no longer feels like a victim. “It’s so important for victims to come forward,” she said. “It’s the most intimidating thing but also the most life-changing thing.”

If you or someone you know was abused by Jeff Hays, call the Clackamas County Sheriff at (503) 655-8211 and Kafoury & McDougal.