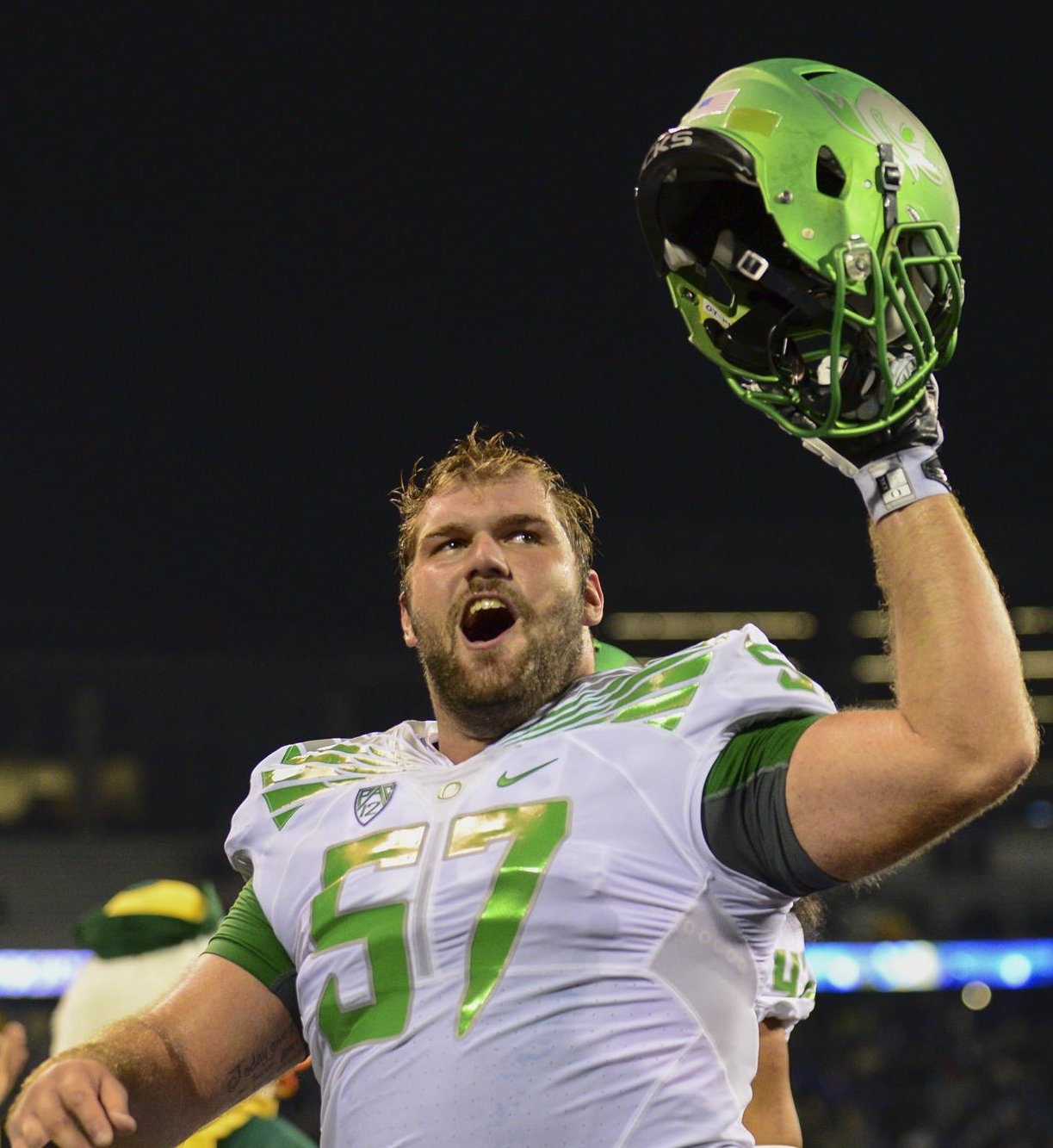 Doug Brenner, a former stand-out lineman at the University of Oregon, filed suit today against the NCAA and former Oregon football coach Willie Taggart, seeking compensation for serious, lifelong injuries sustained during a series of highly controversial workouts imposed on Duck players in January, 2017.  Brenner was one of three players hospitalized as a result of the workouts, all suffering from rhabdomyolysis.  This is a condition where the body “eats its own muscles,” creating toxic elements which go through the body causing damage, and in Brenner’s case, permanent damage to his kidneys.

The lawsuit was filed by the Portland law firm of Kafoury & McDougal, and attorney Travis Eiva.  Other defendants include Taggart’s strength and conditioning coach, Irele Oderinde, and the University of Oregon.

“The drills were done in unison, and whenever a player faltered, vomited, or fainted, his teammates were immediately punished with additional repetitions,” said Mark McDougal, of Brenner’s legal team.

Said McDougal, “A key goal of this lawsuit is to force the NCAA to ban these kinds of punishing, abusive workouts. These workouts are contrary to NCAA guidelines for protecting players from injury and death. Guidelines, however, are only suggestions.  The NCAA needs to enact and enforce binding regulations that outlaw these practices.”

Other incidents of abusive workouts have been publicized around the country, including that of the June, 2018, death of University of Maryland football player Jordan McNair, sparking allegations of an abusive culture in the program, which, after a massive public outcry, forced the firing of the head coach.

“This story closely parallels the NCAA’s past refusal to turn its concussion guidelines into regulations, a failure that has led to countless brain injuries; the full extent of which will only become apparent in coming decades,” said co-counsel Jason Kafoury.

When Willie Taggart came to Oregon, he declared his intention to stay, and to dedicate himself to building the Oregon football program over a number of years. Nonetheless, before the end of his first season, he left to become the head football coach at Florida State, walking away from the team and its players just prior to the Ducks’ appearance in the Las Vegas Bowl. Taggart was replaced by the current head coach, Mario Cristobal.

Brenner remains an avid fan of Duck football, explaining, “Nothing would make me happier than to have this case save other football players from serious injury.”  Medical evidence indicates that Brenner’s life expectancy has been reduced by upwards of ten years.

The drills designed by Taggart and Irele Oderinde, his conditioning coach and fellow defendant, were intended to break the spirit of players who would refuse to push themselves beyond their limits, with Taggart declaring that he was “going to find the snakes in the grass and cut their heads off.”

Doug Brenner was an All-State lineman at Portland’s Jesuit High School, and was a member of the Leadership Team on the Oregon football team at the time of the injuries.  His conditioning and his health never recovered from the experience, and his final year at Oregon in the fall of 2017 was a far cry from that of his earlier years.

Guidelines for Exertional Rhabdomyolysis (From The NCAA Sports Medicine Handbook)

SIMILAR INCIDENTS IN THE NEWS

B. David Ridpath, Forbes: Oregon’s Treatment Of Athletes Is Unacceptable But Sadly It Is More Common Than People Realize, Jan. 20, 2017