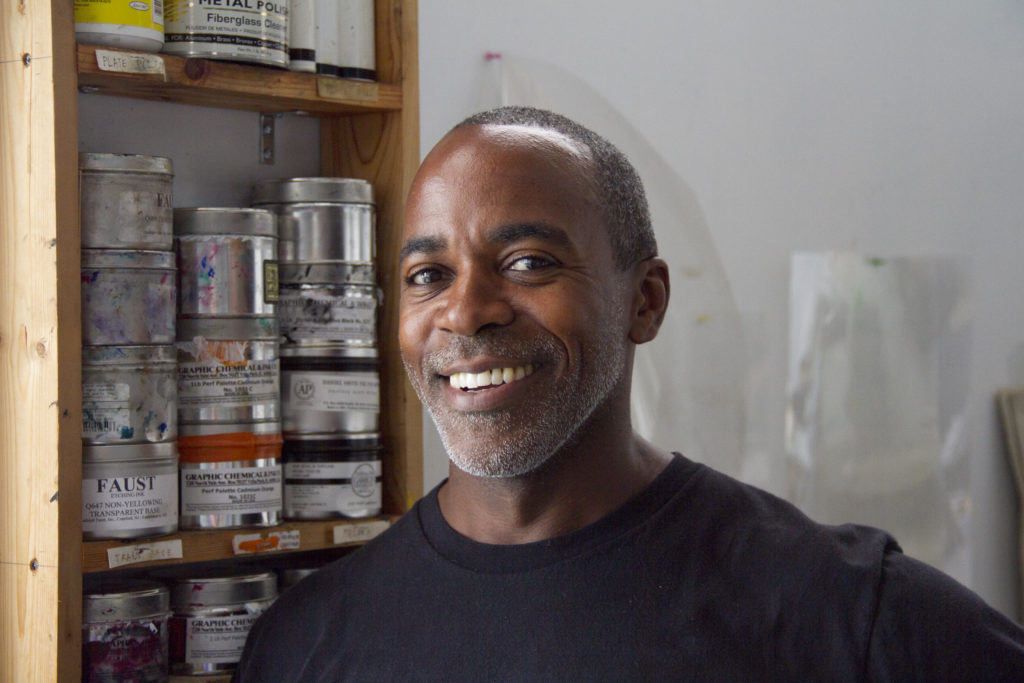 CHICAGO (July 21, 2020) – Arnold J. Kemp, an internationally acclaimed artist and professor, filed an administrative discrimination complaint today against Hilton and the historic Palmer House Hotel in Chicago, Illinois. The complaint was filed by the Portland, Oregon, firm of Kafoury & McDougal and the Chicago, Illinois, firm of Romanucci & Blandin.

Mr. Kemp is the Dean of Graduate Studies and a professor at the School of the Art Institute of Chicago, overseeing 750 students and faculty. His artwork is featured in the New York Metropolitan Museum of Art.

In downtown Chicago, the professor’s office sits one block from Hilton’s Palmer House hotel. He was a frequent visitor. On October 21, 2019, Mr. Kemp visited the hotel for a meeting, carrying a white tote bag and wearing a black baseball cap, flight jacket, and Birkenstocks. In the lobby, he was sitting with a colleague when a plainclothes security guard approached.

In an aggressive tone, the guard asked Mr. Kemp’s colleague, “Do you know him?” The colleague responded that she did and explained Mr. Kemp was her boss. The security guard replied, “Well, he looks like someone we don’t want here,” then walked away. Mr. Kemp felt mortified, humiliated, and angry. He reported the incident to the front desk.

The next day, a Palmer House security manager in charge during the incident called Mr. Kemp. The manager sounded shocked, apologized to Mr. Kemp, and told Mr. Kemp his security guard believed the professor was a “pickpocket” based on the way he was “moving around.”

Mr. Kemp is a Guggenheim Fellow, holding an MFA from Stanford and a BA/BFA from Tufts and the School of the Museum of Fine Arts, Boston. The professor has been a visiting artist and lecturer at leading universities, colleges, and museums. He has held exhibitions in Vienna, Nassau, and Mexico City, in addition to many US museums. Mr. Kemp has upcoming solo exhibitions on the west coast, and the professor’s work will feature in the upcoming film Candyman, produced by Jordan Peele.

Mr. Kemp’s curriculum vitae and many of his works are available on his website.

“Mr. Kemp hopes to learn what Hilton policies led to these events and what Hilton has done in response to such events. He will ask his fellow Chicagoans to punish Hilton as an example to other hotels that may be tempted to encourage or tolerate discrimination,” said attorney Jason Kafoury. “Perhaps Hilton should spend some of its $9 billion in annual revenue reforming its discriminatory practices that govern over 420,000 Hilton employees.”

“Under no circumstances should a guest or visitor to a hotel be subjected to the treatment Mr. Kemp received,” said attorney Bhavani Raveendran. “This type of behavior by a Hilton employee reflects a culture that allows it, and this administrative complaint sends a clear message that it simply will not be tolerated.”

Kafoury and McDougal represents several other African Americans who have been discriminated against at Hilton franchise properties, including in Virginia, Tennessee, and North Carolina. See press packet for details.