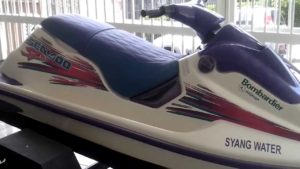 R.A., 11, was sitting in a large inner tube being pulled behind a small boat on the Willamette River when he was struck by a jet ski manufactured by Bombardier Inc. His skull was severely fractured, and a large part of his brain was exposed.

The insurance coverage for the jet ski operator was trivial compared to the magnitude of the injury, but we discovered that a huge number of injuries had been caused by similar jet skis because of the failure of the manufacturer to install a rudder.

Lacking a rudder, the jet ski – and most of those made by other manufactures, as well – could only be steered when the throttle was on, and the natural instinct of operators was to take their hands off the throttle as soon as they saw danger ahead.

We sued Bombardier as well as the driver, and worked out a confidential settlement.