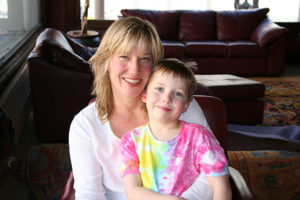 As a toddler who just learned to stand, Jonah Johansen suffered a nearly catastrophic injury to both hands when he touched the steam vent of a Vick’s Vaporizer. The manufacturer, KAZ Corporation, had 70 percent of the world’s vaporizer market, and had been manufacturing essentially the same machine for more than 80 years. Their machine emitted steam at 212˚ F, hot enough to destroy flesh instantly. Jonah’s parents had carefully read the instructions, which advised them to place the vaporizer on the floor.

Once we took the case, we sought to discover what other injuries had been caused by these machines. We took the videotaped deposition of the chief engineer at KAZ, Robert Girard, who testified that he kept records of prior injuries, but that he had “discarded them” — threw them away — once they were two years old. He explained that they were taking up “too much space.” We took a break, Girard met with the defense attorney, and when he returned, he admitted that injury files going back more than 15 years were still in his possession!

When we reviewed those files, they showed that KAZ knew of more than 50 severe burns from their vaporizers in recent years. Based on the number of injuries and the attempts to conceal the evidence, the Court allowed us to request millions of dollars in punitive damages to punish KAZ for gross misconduct.

Perhaps most importantly, as the trial date approached, Kaz Corporation introduced a new design for all of its vaporizers, that reduced the temperature of the steam from 212˚ F to 155˚ F without reducing the benefits of the vaporizers. It took the threat of punitive damages to get them to make this remarkably simple improvement, after 80 years of burning kids.

We settled the case for an undisclosed amount after more than a week of trial.