$2.3 Million Verdict for Longshoreman Who Spoke Out Against Union Corruption 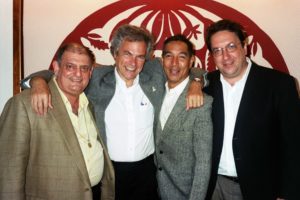 In a story right out of Marlon Brando’s “On the Waterfront,” Rocky Tahara was beaten nearly to death at the change of shift on the Honolulu docks for having exposed a system where workers connected to the union were paid for not working, a practice called “running away.”

Rocky stood up for the workers who were forced to carry the load for those who were exploiting them. Oregon columnist Margie Boule proclaimed, “Greg Kafoury and Mark McDougal have helped change a corrupt system on Honolulu’s waterfront.”