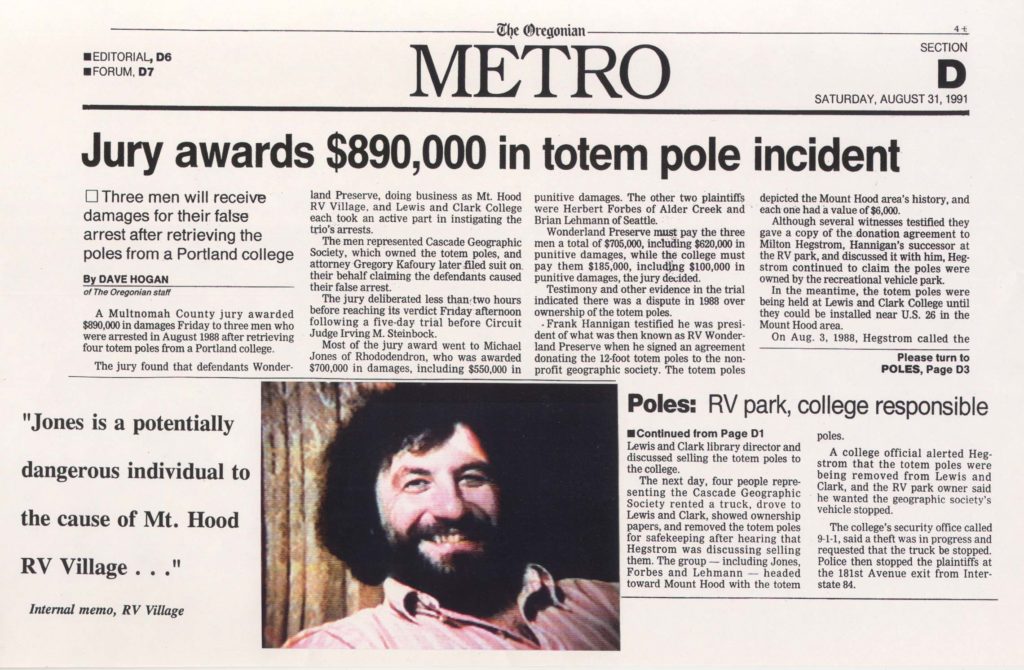 Michael Jones, an activist hero who has long protected Mt. Hood from being ravished by big corporations and government bureaucrats, was falsely arrested when he retrieved four totem poles from Lewis & Clark College, where they had been put on display. At trial, it was shown that he had been victimized by a conspiracy of college officials and land developers, who sought to discredit him and deprive him of his valuable property. Prior to trial, the defendants had offered $5,500 in settlement. Verdict: $890,000.