In a case that generated an enormous amount of media attention, Kafoury & McDougal represented Royshekka Herring in her case against AMR Ambulance Company where ambulance attendant Lannie Haszard sexually abused her on the way to the hospital. Haszard was the only one of 500 local AMR attendants who had ever received a complaint of sexual misconduct, and he had had three such complaints in the previous 14 months. But AMR kept him on the job.

After Haszard’s third accuser had told the police what had happened to her, AMR officials from across the Northwest gathered to decide what to do. Their meeting notes show that they agreed to not discuss the matter further outside the management group. In other words, no one at AMR told the police about Haszard’s two prior sexual misconduct complaints.

Months later, Royshekka Herring was molested while being transported to Emanuel Emergency. There, the hospital staff was initially dismissive of her allegations, and when she refused to be silent and tried to leave, a staff nurse called security on her. Eventually, the police were brought in, and their investigation led to Haszard’s arrest. Haszard served an eight-year prison term after pleading guilty to abusing eight women. Ms. Herring was awarded $3.25 million by a Portland jury in 2009, along with an additional $600,000 in attorney fees. 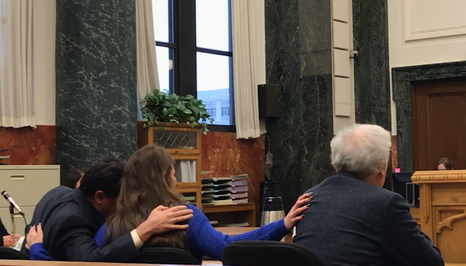